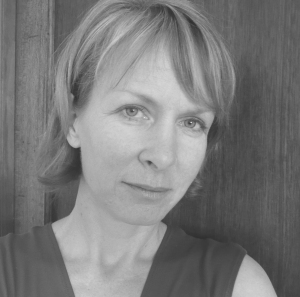 Lizzie arrived at our house the week we moved to Cape Town. Our twins had just turned two, Thomas was three, and our furniture, to the best of our knowledge, was still at sea. Lizzie came as our housekeeper, and within minutes of introducing herself she pulled an apron from her purse and got down to scrubbing our empty home.For the past three years, several days a week, Lizzie has left her own house in a nearby township and come to work at ours. She has told me of her childhood in South Africa’s Eastern Cape where she carried her own slate and chair to school each day — on her head. She has tried to explain her culture, Xhosa, and teach me its language. We’ve discussed politics from Zuma to Obama, and compared our styles of cooking cornmeal, or as it’s called here, “mealie meal.”

Mostly though, Lizzie and I have talked about motherhood. Lizzie has four children, now grown adults, but her tiny house is far from empty. Lizzie, now a grandmother, also cares for ten adopted children under the age of sixteen. Our conversations are usually spontaneous, informal. But one morning we sat down with coffee to discuss being a mother in a city as violent as Cape Town.

South Africa’s record on crime is appalling, its reputation infamous. South Africa suffers a murder rate roughly ten times that of the US, and the incidence of rape, including child and baby rape, is among the highest in the world. In a survey of almost 2,000 South African men, one in four confessed to committing rape, and half of those said they had raped more than once. Here in Cape Town, it’s worse.

North Americans often ask me, “Is it safe?” But South Africans ask, “Why are you here?” In the past two decades, hundreds of thousands of citizens have fled this country. Mothers tell me they want to leave to seek safety and opportunity for their kids. They believe they’re more likely to find it outside South Africa.

Why am I here? Is it reckless to bring my children to a crime capital that many wish to leave? Is it irresponsible? Is Cape Town safe?

A closer look at the statistics shows that violence, like income and trash collection, is not equally distributed in South Africa. Our suburb, for instance, has a violent crime rate similar to Oakland, California, and our subdivision has much lower rates than that. Far from ideal, perhaps, but also far from South Africa’s national averages. The vast majority of Cape Town’s violent and drug-related crime occurs in just half a dozen communities, the city’s poorest — its townships and informal settlements.

When Lizzie first moved to Cape Town, over twenty years ago, she settled in Khayelitsha, South Africa’s second largest township after Soweto. Lizzie, her husband, and her small children lived in a corrugated iron shack with a roof that caved in during winter rains. Both Lizzie and her kids spent a lot of time outside, in the streets, and she worried constantly about killings, gangs, rape, and robbery. She worried about what her children would see and what they would learn.

I ask Lizzie about the numbers, about the apparent division between rich and poor, safe and vulnerable.

Lizzie has now moved to a different township, one she feels is safer, and just this year her family moved from a shack to a government-built house.

“It’s better there,” she says, “but I still struggle to keep my children safe.”

I ask her about security measures for the houses and glance outside my own kitchen window. Almost all the homes in our subdivision are ringed by cement walls and protected by alarms. Many houses also have burglar bars, guard dogs and electric fencing. An armed patrol circles the streets, questions anyone suspicious, and responds to calls. Does Lizzie’s community have any of these measures?

She laughs. “We don’t even have proper walls!”

Instead, she says, they rely on each other. Lizzie knows her neighbors for many streets in all directions and some of them have formed a committee to thwart crime. Really thwart. When the city refused to install speed bumps on the dirt roads between shacks, Lizzie and other mothers got out their shovels and dug wells deep enough to slow cars, keep playing children safe, and check who is driving through their neighborhood.

“We take care of each other,” Lizzie says, “we have to. If I can’t watch my children, my neighbors will. Anyone’s baby is everyone’s baby.”

In my subdivision, would I know if the neighbors left for a weekend, for a year? Could I ask them to watch my three boys for an afternoon? Not likely. Our streets are quiet, usually empty. On occasion I’ll hear the splash and shouts of kids in a pool, or the low rumble of a backyard party, but I do not depend on my neighbors, certainly not for safety. For that we have walls and security patrols.

I don’t mean to romanticize Lizzie’s situation. Yes, she enjoys a tight-knit community and a strong culture, but her life is still harder than any I have known. Her current neighborhood has lower crime rates than Khayelitsha, but not by much. Murder, rape, and gang-related violence remain rampant. And as many of her children (all the kids at Lizzie’s house are her “children”) enter their teenage years, Lizzie’s concern grows. She worries about the girls running errands to the shops because most of the shops are also shebeens — legal or illegal taverns.

“Many of the adults are unemployed,” Lizzie says. “They sit and drink all day and all night. They touch the girls who come in to buy bread. Sometimes worse.”

And so Lizzie talks to her children, talks and teaches.

“When a child lies down in front of me in the evenings, I know that child wants to talk,” she says. “We mothers have a big responsibility to teach our children about drugs, sex, and gangs. We do not depend on the schools to do it, and we do not depend on the fathers. It is up to the mothers.”

She is explicit with her kids, as graphic and honest as possible. “They look at me as if to say, ‘Why are you talking to me about this?'” But her children understand; they have seen the effects of violence and they know where it can lead.

Lizzie is determined to steer them — all of them — in another direction. Education is her mission. Apartheid denied Lizzie’s generation decent schooling, and that partly accounts for South Africa’s 25% unemployment rate. Unemployment leads to despair, which sometimes leads to drugs and drinking, which too often leads to crime and violence.

Lizzie has worked very hard to break that cycle. As a young girl, she had to leave school to work and earn money to help feed her siblings. Years later, as a mother herself, she bought chicken feet or candies and resold them on the street to keep her own kids in school. She now works two jobs and goes to night school to earn, at long last, her Grade 12. Each year at exam time, Lizzie challenges her children to earn higher marks than her own.

“But how can you not be angry,” I ask her, “angry about the past and everything that was withheld from you?”

“Ma Katherine,” she says with her huge smile. “I don’t want to be angry. I want to turn it into something positive. So I tell my children, go. Go and get what I couldn’t have. Get an education — no one can take that from you.”

Was it reckless to move my children to South Africa? Irresponsible? Only if I take the relative safety of our neighborhood, and our means to live in it, for granted. Only if I neglect to teach my kids that what is ordinary for them may be unimaginable for others, that “normal” comes in all shapes and sizes. Only if I fail to learn from, and pass on, the resilience and optimism of mothers like Lizzie.

Katherine Barrett, a contributor to the pomegranate, is a Canadian living in Cape Town, South Africa’s “Mother City,” with her husband and three young sons. She holds a PhD in Botany and Ethics. Katherine blogs at: http://katherinejbarrett.com/. “Everyone’s Baby” was first published at Literary Mama where you can find  an archive of Katherine Barrett’s writing.