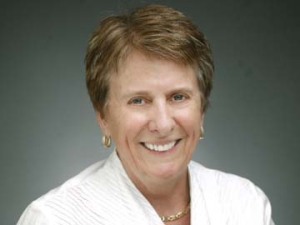 Political scientist Janine Brodie,  FRSC, is a University of Alberta Distinguished University Professor, Canada Research Chair in Political Economy and Social Governance, and a Trudeau Fellow.  This excerpt from a panel presentation delivered at the Trudeau Foundation’s 2011 Summer Institute in Whistler, British Columbia, is republished here with the author’s permission. It was originally posted on the FedCan Equity Matters blog, an excellent resource for insightful discussions of equity and an initiative developed by Malinda Smith, Equity Issues board member of the Canadian Federation for the Humanities and Social Science.

The spring of 2011 opens an instructive window to reflect on the question of courage in policymaking. For some months now we have witnessed “the Arab Spring” when millions of people filled streets across the Middle East in defiance of oppressive regimes and in the face of violent state repression. Paradoxically, the blurred YouTube images of the multitudes are actually variegated composites of profound acts of individual courage, ordinary people willing to risk all for the promise of democracy, human rights, and a more equitable future.

These images resonate with familiar lexicons of courage as a quality that enables a person to confront difficulty, danger, or pain instead of withdrawing from it. All of us at one point in our lives or another are challenged to confront threatening obstacles, but these private and daily acts of courage, by definition, defy a common yardstick. How then are we to think about courage in the collective enterprise of policymaking? How does the personal capacity to stand up in the face of threatening obstacles intersect with the negotiations and compromise, the institutional constraints, and the gradations of power that together shape public policy?

Robert Humphrey advises political leaders that “Courage is the power to let go of the familiar.” The real need for courage, he explains, emerges when it is apparent that the present is no longer acceptable, when a changing world demands that we change with it. The opposite of courage in such circumstances, Rollo May argues, is not cowardice but, instead, conformity: our willingness to bend our thinking and behaviour to fit with the status quo however unacceptable it may be.

One might reasonably argue that the status quo is always unacceptable to one group or another and that some measure of conformity is necessary for social and political stability. Conformity takes on a far less benign aura, however, when we fail to interrogate policy ideas and processes that fail to measure up to their promise, when we further privilege those already  privileged, and when we violate fundamental principles of fairness and social justice. In these cases, conformity slides into the realm of complicity, when, unwittingly or not, we become accomplices in the propagation and reproduction of social injustices.

The spectre of our complicity with an unacceptable status quo should especially trouble those of us who, through our research, teaching, reporting and advocacy, are intricately entwined in policy networks. We sometimes forget in academe that we have inherited the relatively safe spaces we enjoy for our thinking and activism. These spaces were carved out by previous generations of non-conformists, who, often at great personal cost, had the courage to tell the powerful what they did not want to hear. Those of us who engage in the policy process rarely ask ourselves whether we are ethically-bound to pay this legacy forward by calling out failed policies, social inequalities, and abuses to democratic and human rights.

In The Death of the Liberal Class, Christopher Hedges makes a compelling argument that progressive policy networks in the United States, what he calls the “liberal class,” have betrayed this legacy of calling political power into account. Hedges argues that in recent decades the liberal class was seduced by the utopian promises of globalization and the dubious dictum that markets should be the arbiter of all human, economic and political activity. Political science and economics departments and business and law schools parroted the ideology of free markets, refusing to recognize let alone address the mounting social and economic disparities that it has left in its path.

Hedges argues that the liberal class abrogated its historic role as social critic. It succumbed to opportunism and then to fear and, in so doing, betrayed the working and middle classes. It also silenced the critics within its ranks, and, when the emperor of an unregulated market was revealed as having no clothes, the liberal class was bereft of alternative visions. Hedges concludes that the liberal class betrayed others as it betrayed itself and it’s now a victim of its own complicity.

Hedges claims that members of the liberal class conformed because they did not want to lose their comfortable perch in the neoliberal social pecking order. However, there is much more at work here. Neoliberalism elevated markets and market logics over the public sphere, prescribed both the substance and techniques of policymaking, and replaced policy expertise with the assumptions of neo-classical economics and the purported scientific certainties of economic modeling. Purveyors of the status quo pushed aside the heretics who dared to challenge the neoliberal frame of reference. Innovative challengers were relegated to the sidelines of policy formation and their arguments dismissed as unscientific, spurious, self-interested, partial, or just plain naive. As Ben Fine argues in Social Capital versus Social Theory, neo-classical economics colonized the social and policy sciences. The public sector, collective provision, and corporate taxes were declared as the arch enemies of economic growth and job creation, while political rhetoric valorized the so-called job creators and demonized tax consumers as parasites on the body public.

These, of course, are contrived divisions that, nonetheless, the social sciences too often met with silence, if not complicity. Policy models asked us to accept as an article of faith the maxim of “all other things being equal” when ample empirical evidence and our lived experiences told us precisely the opposite.  We bought into the false premise that economic growth was a pre-condition for the realization of other social goals such as democracy, health, education, and social equality rather than the reverse.

Most important, neoliberalism neglected, indeed could not speak to questions of redistribution, arguably the essence of political ethics, social inclusion and social justice. There has been economic growth in the past few decades but it has been neither stable nor robust. In fact, this experiment in governance is most strongly associated with outrageous and growing income gaps between the rich and the poor, stagnating working and middle class incomes, downward social mobility, mounting household debt and empty public coffers. All of this has unfolded under the veil of moral obtuseness, which Martha Nussbaum suggests is common to economic development strategies that ignore inequality. Yet, moral obtuseness is the sine qua non of market liberalism.

Thomas Kuhn, decades ago, described how scientific paradigms eventually collapse under the weight of their own contradictions, anomalies and outright failures. Old ways of understanding the world become progressively discredited but they often live on as zombie-like entities, living yet dead, not the least because their adherents, afraid to let go of the familiar, resist messengers with contrary evidence, new questions, and different values. Kuhn argues that, in scientific communities, it often takes a new generation to make the break with the old, as it may require a fundamental shift in cultural values. In politics, where arguably the stakes are higher and more immediate, paradigmatic challenges are generally resisted by those in power. It is far safer to sweep away the evidence or to shoot the messenger.

The cancellation of the long form census in Canada as well as the defunding of Canada`s most prominent human rights and social equity groups in recent years clearly exemplifies these power games. The census is a necessary resource in courageous policymaking. It is a singular measure of our collective progress toward social equity and a tangible way to hold governments accountable. It enables policy networks, citizens, civil society organizations and governments alike to track social need and systemic disadvantage and to assess the successes and failures of policy interventions. How can we make sensible, equitable policies with data that are insufficient and quite likely unreliable? We can’t.

The systematic defunding of equality-seeking and human rights groups also impoverishes the policymaking process and betrays foundational commitments to the promotion of social equity and human dignity. While the literal levelling of Canada’s human rights advocacy infrastructure in recent years is disconcerting in itself, the reason for their exile from policy debates – advocacy activities – is as unacceptable as it is worrisome.

Courage in policymaking evokes the responsibility to unsettle the familiar, to subject dominant governing assumptions to empirical and normative scrutiny, and to expand ever more widely in the policy process spaces for divergent opinions, contrary evidence, and marginalized voices. Courage demands informed and inclusive policy debates which give voice to social justice movements and different visions of the future. Most of all, courage in the policy process demands as Noam Chomsky reminds us, that we take “a sceptical attitude toward anything that is conventional wisdom. Make it justify itself. It usually can’t.”

In Where have all the intellectuals gone, Frank Furedi pointedly argues that it is time to stand up with courage and conviction to launch a “culture war” against dogmatic commitments to economic instrumentalism that have colonized our democracies. For many of us already deeply implicated in policymaking, this clash of cultures may very well be internal, inside our heads, our theoretical commitments, and our career aspirations. It is a war of position between the familiar and the daring, and between moral obtuseness and social responsibility.

A UofA documentary about Janine Brodie and her work:

1 thought on “Janine Brodie “On courage, social justice and policymaking” & a short doc about her work”