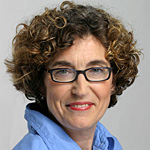 The Rule of Law

Sheila Pratt is a contributor to the pomegranate, senior feature writer at the Edmonton Journal and co-author of Running on Empty: Alberta after the Boom. This is the first third of an article that appears in Alberta Views (June 2011) – available at your local newstand!

The jury of seven military officers filed back into the courtroom in Guantánamo Bay at the end of eight long hours deliberating the fate of Omar Khadr. Sitting next to Khadr, watching tensely, were two Edmonton lawyers, Nate Whitling and Dennis Edney. For the past seven years, the two Albertans had waged a determined battle for legal rights for Khadr. They had been to the Supreme Court twice, with some success, in their eﬀort to bring the rule of law to bear on the case. They’d travelled a dozen times since June 2007 to visit their client at this notorious US military prison and to help his American military lawyer, Lt. Col. Jon Jackson, prepare the defence. This day, October 31, 2010, was a critical point in their journey—the fate of their client would ﬁnally be decided.

“Make no mistake, the world is watching,” the military prosecutor told the jury. “Your sentence will send a message.” Indeed. The court had accepted Khadr’s guilty plea (part of a plea bargain) the week before. Today it would recommend a sentence—and signal of the kind of justice to be had from the contentious and deeply ﬂawed US military justice system.

Whitling and Edney knew the legal deck was stacked against their client in the military commission system, which violated the rule of law and other fundamental principles of justice. For instance, in the military court, evidence obtained under torture was admissible—unthinkable in regular courts.The prosecution was not required to disclose its evidence, as required in regular courts. The military commission system, devised post 9/11 and modiﬁed by the Obama administration, was so stacked against the accused that the US government ruled its own citizens could not be sent to trial there. This was justice suitable for foreigners only.

But the US government was not the only one to ignore its own traditions concerning the rule of law. Months before the trial, the Canadian government ignored the recommendation of its own courts, which ruled Khadr’s Charter rights had been violated when Canadian security oﬃcials participated in illegal interrogations of Khadr. To remedy that wrong, the government should bring Khadr home, the courts said. Instead, the Harper government played to the politics of the day by leaving him in Guantánamo, argues Edney. By failing to uphold the rights of one citizen, he adds—however unpopular the citizen—the government undermined the legal rights that protect all Canadians.

The defence of Omar, second youngest son of Canada’s notorious al Qaeda-linked Khadr family, was not a popular cause. The family’s ties to terrorist Osama bin Laden were a shocking betrayal of national values and an aﬀront to Canadians. For Whitling and Edney, however, a greater principle was at stake: the rule of law, so fundamental to democracy. Every Canadian citizen is entitled to the right to counsel, protection from torture and to a fair trial. Khadr had none of that in Guantánamo.

The two lawyers are, as Edney likes to say, “as diﬀerent as chalk and cheese.” Whitling, mid-30s, bookish and reserved, is a brilliant legal mind. Raised in a middle-class Edmonton home, Whitling went on to become the gold medallist in his University of Alberta law class. From there, he studied at Harvard, clerked at the Supreme Court of Canada under Justice John Major, then joined one of Edmonton’s biggest downtown ﬁrms, Parlee McLaws.

Edney, 20 years older, a veteran criminal lawyer in a small Edmonton oﬃce, was a professional soccer player in Scotland before he went to law school. Behind his charming smile is a pugnacious, stubborn streak. He says it comes from his Scottish upbringing, which taught him to stand up for his rights or “be downtrodden.” The notion of challenging the powers that be comes naturally to him. He also learned in his family a deep distaste for prejudice. His parents were a rare Catholic/Protestant marriage during the Second World War, much frowned upon by both sets of in-laws. To this day, the Catholic side won’t let his mother’s ashes be buried with his father, says Edney, shaking his head.

In late 2002, Edney and Whitling joined forces to take on Khadr’s case. The 15-year-old, captured in Afghanistan, was moved to Guantánamo, where he was held for years with no charges, no right to habeas corpus (to challenge his detention) and no access to lawyers. Whitling and Edney, who work pro bono on this case, ﬁgured their best strategy was to see if Canadian courts could force the government to insist on fair treatment for Khadr. The question: under the Charter of Rights, what are Canada’s obligations to one of its citizens detained in a foreign legal system that does not provide basic rights?

In the post-9/11 era, the Khadr case tested the balance between the need for security in the West’s “war on terror” and the need to uphold Canada’s long-standing civil liberties. The US put Guantánamo deliberately oﬀshore to exempt it from the US constitution and its legal protections. Could Canadian oﬃcials also turn a blind eye to the fact Khadr was denied those normal legal rights, and that he was a juvenile as well?

A writerly subject. Lover of ideas, politics, and social justice. Schooled during second-wave feminism. Enlivened by my splendid daughter’s insights and energy. Retired after 32+ years as university professor into the creative splendour of time. View all posts by janice williamson