Our colleagues are entitled to express their opinions. However, they do not represent the views of many of us who admire the lifetime of internationally respected environmental and science education work accomplished by Dr. Suzuki.

There is a telling silence in these recent public commentaries decrying this honorary degree. Missing is Dr. Suzuki’s vitally important human rights and anti-racist work. Nor is there any acknowledgment of Dr. Suzuki’s longstanding commitment to decolonizing Canada through his support of Indigenous peoples and his condemnation of their cultural genocide in the name of Canadian nation building. 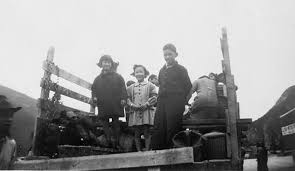 Dr. Suzuki, a third-generation Japanese Canadian, experienced first-hand how the state can attempt to destroy racialized groups. In 1942, at six years of age, he was interned with his family for the duration of WWII along with 22,000 other Japanese Canadians – at the time, 90% of their population in Canada. Over the course of his life, Dr. Suzuki has demonstrated the remarkable resilience of our Japanese Canadian community and spoken out about the brutality of the WWII internment – what Dr. Suzuki calls “one of the shoddiest chapters in the tortuous history of democracy in North America.”

The scourge of racism continues to plague Canadian society. To honour Dr. David Suzuki is to celebrate his many achievements including his work as a public intellectual dedicated to anti-racist mentorship and education.

UofA President Turpin has supported the UofA honorary doctorate for Dr.Suzuki on the basis of academic freedom and the value of free intellectual debate: “Stifle controversy and you also stifle the pursuit of knowledge, the generation of ideas and the discovery of new truths,” Turpin said. “Take uncomfortable ideas, debate and conflict out of the university and its fundamental role in society disappears.”

Dr. Turpin also expands on the value of academic freedom and thinking beyond the limited confines of dominant discourse: “the university must give people the space and support they need to think independently without fear of external control or reprisal. Otherwise the constraint on the imagination and the intelligence will slow the speed of change and innovation, if not suppress it altogether. Our students will learn that conformity, rather than creativity and innovation, is the goal of learning and education.”

We celebrate the value of thinking beyond blinkered parochialism or the public relations protocols of Alberta’s oil elite.  Research tells us that diversity of thought and community contributes to creative innovation and change.

Likewise, imagine an Alberta where valuing our diversity of histories contributes to our intellectual life and the equitable distribution of faculty positions and resources.

Imagine aspiring to become a world that takes into account the lessons of Canadians like Dr. David Suzuki and his family in order to ensure the travesties of internment and residential schools are deeply understood and not repeated.

Imagine energy futures beyond our reliance on a single outmoded natural resource.

Imagine a Dean of Business or Engineering who champions diversity of thought and perspective beyond the bottom line.

That’s an Alberta we need to achieve.